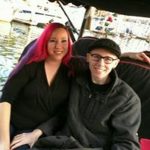 Rick was amazing and compassionate and so easy to work with! It was clear that his primary goal was to do right by us after we had our window smashed out in an act of either vandalism or attempted burglary. I’ve worked with these guys before and will absolutely call them again if or when this ever happens. 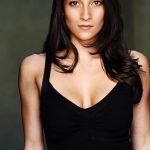 Great customer service! Action Auto Glass has a very accommodating and friendly staff. They met me the same day I called at an appt across town because they new I couldn’t leave my car window smashed open while I was taking meetings. Super detailed and reliable work. I highly recommend this company for your auto glass needs! 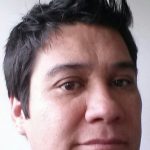 This mobile service rocks. Jose was excellent, very polite and professional . The install was quick and thorough. I strongly suggest using them for your window needs. 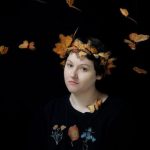 We found action auto glass through our insurance, and we’re so thankful we did because these guys are the best! Everything from scheduling the repairs with hector, to the windshield replacements with Tony, were done with such professionalism, convenience and kindness. The rates were also very fair and we are so appreciative in your help and expertise. Thank you guys again! You can’t go wrong going with these guys for your window services!! And our new windshields are immaculate! 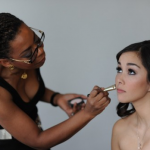 My windshield was cracked by a rock while driving on the freeway. I called them yesterday and they came today to my work and fixed it. It looks so good. You can’t even tell there was a crack at first glance. It only looks like there is a white speck of dirt or something. Prices are so reasonable and it only took twenty minutes. I included a picture of the before. I can’t for the life of me get a good after picture because you don’t see anything really. Totally recommend them if you need a repair!! 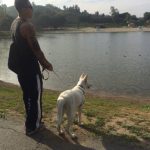 It’s never a good situation when you need to get your car repaired, but the guys at Action Auto Glass made the process very easy and painless. They responded to my requests quickly and set up an appointment as quickly as they could. They also have a mobile repair option which is great if you cant drive your car to their shop. In my line of work, I’ve worked with many auto mechanics and I gotta say, Jose is by far in the top tier of excellent mechanics in not only LA, but all of SoCal. The way he breaks things down for you is clear and concise, not to mention he’s a very cool person to have a conversation with. I jump at the opportunity to recommend these guys to anyone. 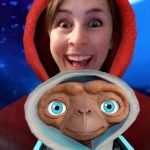 I was on a business trip in LA just about to return home to Vegas when I found my front windshield shattered (looks like a baseball or softball did it). I was pretty upset because it was a Saturday and most places said they couldn’t help me until Monday. Unfortunately I needed to return to Vegas that day.

Initially I called Action Auto Glass and talked to Armando on the phone. He informed me they would have to order the windshield and that I would have to wait until Monday. I thanked him and hung up to keep looking for a solution, and Armando called back about 1-2 minutes later to tell me he might be able to call around and try to get one in that morning. I have him my vehicle information, and about 5-10 minutes later he called to say he had ordered a windshield for me and it would arrive in under 90 minutes.

Shortly after I arrived, they informed me one of their guys had to go to urgent care, so they were going to take a little longer than expected, but guaranteed they would fix my car that day. In spite of the shortage of workers, they still got started on my car within an hour of my arrival. They finished the swap in about half an hour and I only had to wait 15 minutes for the quick drying windshield sealant (or whatever it’s called) to set.

The staff was very nice, friendly, and sympathetic of my situation. They have a perfectly adequate and comfortable waiting room with four chairs, magazines, newspapers, a bathroom, TV, wifi, coffee, a fridge, and AC.

My windshield turned out perfectly and I have had no problems with it (it’s now several hours later).

I strongly recommend this shop! And special thanks to Armando! He is a very kind gentleman, and he saved my entire weekend!